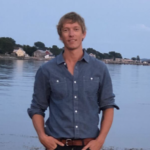 Scott Munn
Nova Scotia
http://www.photomunn.com
Scott Munn began making photographs as a means of engaging with the world and with those around him. He remains endlessly curious and his work exudes his passion, whether he’s shooting on the east coast for Tourism Nova Scotia or New Brunswick Tourism, or across the country with Parks Canada. His images have been featured in books, magazines, and newspapers, including National Geographic and Maclean’s.
In addition to his experience as a photographer, Scott directed and co-produced his first film for the National Film Board of Canada in 2018. What began as a photo essay about Paula, a transgender woman living in rural New Brunswick, transpired to a short documentary to be released later this year. The photo essay was published in The Globe and Mail in 2018 and was honoured with two gold Digital Publishing Awards in 2019.
Scott went to India with V2I last year to take photos for Anugrah and is looking forward to returning again later this year.
To view Scott’s work, visit photomunn.com

To see the list of supporters, you must login as the user who owns this campaign.